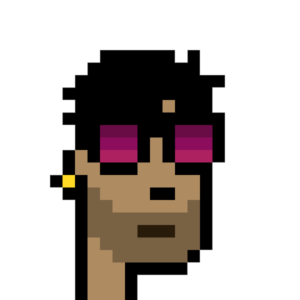 Parents
Mother works at a lawyer’s house; not the typical hierarchical attitudes there, but rather communicative and supportive and simply accepted as it is.

Job
Bartender at a trendy bar; sometimes service at a night club.

Life
Father died early, mother managed their lives since then; family is working class, but mother’s good job and support of mother’s employer guarantees a life in the upper section of the working-class; is a quiet and intelligent guy who loves to read, but his focus is on pop culture rather than on political and social developments; he catches up on world affairs in the newspaper, but is interested in politics only in case it affects him and his life circumstances directly; loves stability in his life as well as his family; spends much time with friends, mainly outside, walking around and talking to people; participates in meetings with family members quite often; looks after his niece and nephew, spends time with them on some weekends; has a cool attitude, but is by no means arrogant.

Peers
Has a friend which he knows most of his lifetime already and shares some of his most intense life-experiences with him; best buddy however is Carl; they understand each other blindly, know each other very well and are on the same wave length; as Jason spends much time with Carl, he gets around a lot in the city and thus knows (things about) many guys.

This page is a CryptoPunks spin-off. punkishnormalities.exposed is neither part of the original project or website(s), nor is it initiated or realised by the CryptoPunks creators. To watch, buy, or bid on a CryptoPunks, please visit larvalabs.com/cryptopunks.

Original idea, name, concept, background research and stories of punk #4913, #5707, #6023, #8425, #8759 © 2017 punkishnormalities.exposed. In case third parties should be involved in story writing copyright of those stories is with the respective authors.

punkishnormalities.exposed is a fictional page. The story, all names, characters, cvs and incidents portrayed in this production are fictitious. No identification with actual persons (living or deceased), places, buildings, and products is intended or should be inferred.